The Occitania region of Southwest France boasts a plethora of character villages and stunning medieval architecture on the slopes of the snow-capped Pyrenees.

Created in 2016 from the union of two smaller but well-known regions, Langeudoc-Roussillon and Midi-Pyrénées, Occitania has a lot to offer even the most adventurous.

Between Carcassonne and Narbonne, there is a little gem: Lagrasse wheelchair accessible tours.

Presented as one of the most beautiful villages in France, among its architectural jewels it features a splendid abbey, whose foundation dates back to the VIII century.

Situated at the foot of the Pyrenees, in the Corbieres Wine Region, it is surrounded by picturesque stone buildings and the Orbieu River.

The Orbieu River, which initially gave its name to the monastery, separating it from the village, further highlights the beauty of the place.

The abbey is included in the list of 19 exceptional places on the Pays Cathàre Route.

Visit this rich and fascinating land with an exclusive private Lagrasse wheelchair accessible tours with adapted van transportation specifically designed for wheelchair users tourists combined an holiday to across France.

The Lagrasse Abbey, with its Romanesque church and octagonal bell tower, is the highlight of the village.

There are also two interesting bridges to see, notably the hunchbacked bridge which spans the Orbieu!

Confirmed by a charter of Charlemagne ( now kept in Carcassonne ).

Soon, thanks to numerous donations, it became one of the most important Abbeys.

He adopted the rule of St Bernard of Nursie until the decadence of the XVII century. in which it was integrated into the congregation of St Maur.

The revolutionaries divided it in two and sold it.

It consists of two floors: the ground floor with a courtyard bordered by two XII century galleries, the abbot’s chapel, the cellars, the oven and the sacristy.

The first floor with the large dormitory, it could contain hundreds of friars, the chapel of Saint-Barthelemy from 1296 and the room with the exhibition of the Master of Cabestany.

To all is added a tower of the X century.

Many of its parts are in ruins or under construction, but it is well worth a visit.

As Corbieres is the largest wine region in France, you can drink and eat here. Don’t miss the quaint book and pottery fairs held in the summer 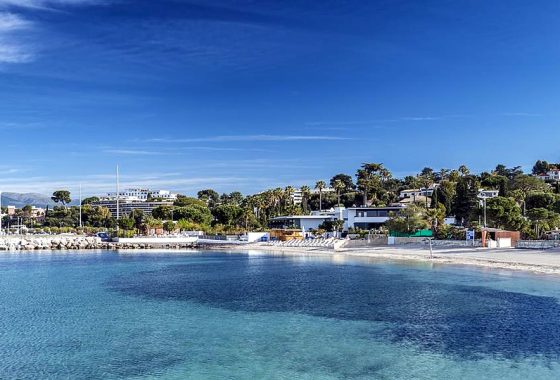