Mystras wheelchair accessible tours, is among the best tourist attractions of the Peloponnese.

It is located just 10 minutes by car from the city of Sparta, on the slopes of Mount Taygetus.

The Byzantine city of Mystras is a large open-air museum dominated by the castle.

At the foot of which medieval houses and palaces the frescoed Byzantine churches and the palace of the Frankish princes Villehardouin are scattered.

Here Byzantine art and architecture flourished for centuries and reached their peak. Mystras wheelchair accessible tours is located on the top of a spur.

The name of the medieval city derives from that of the hill, Myzithras.

The area enjoyed a favorable geographical position thanks to which both good visibility with respect to the neighboring territories were ensured.

As well as an excellent possibility of defense due to the conformation of the hill, with very steep sides, which made enemy attacks particularly difficult.

Visit this rich and fascinating land with an exclusive private Mystras wheelchair accessible tours with adapted van transportation specifically designed for wheelchair users tourists combined an holiday to across Greece.

The city is famous for being the stronghold and the tip city of the Byzantine Empire in Greece.

Its origins, however, go back to Roman times when it was founded by a group of inhabitants from nearby Sparta.

After the Byzantine conquest of the XIII century it became an important center.

Around 1248 it was fortified by William of Villehardouin, prince of Achaia, who had conquered the area on the slopes of Mount Taygetos during the fourth crusade.

In 1259, Villehardouin was captured on the Pelagonia battlefield by Michael VIII Paleologus, a Byzantine emperor who freed him in exchange for some possessions and castles.

The castle of Mystras wheelchair accessible tours, thus became one of the most beautiful fortresses in Greece protected by high wall.

It also resisting the attacks of the Venetians and of the French and Italian barons of Athens, and Thebes.

Under the control of the Byzantine emperors Mystras wheelchair accessible tours became the second most important city of the empire after Constantinople.

The palace of William II became the second imperial residence. 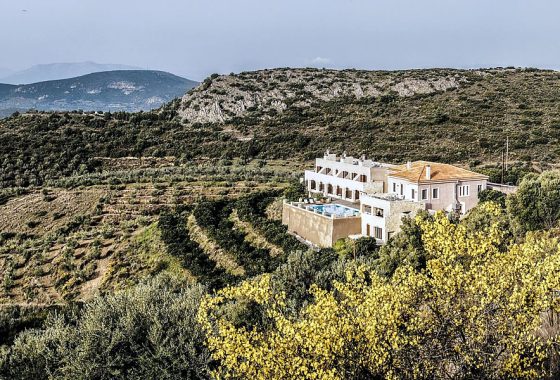